Red meat is any meat that comes from a mammal’s muscle. This includes beef, goat, mutton, pork, lamb, and veal. In many households red meat is a staple in their diets. Often beef and pork are consumed on a daily basis.

Recent studies have shown that the average American consumes over a hundred pounds of red meat in a year. White meat does not contain as much of a myoglobin content as red meat will have. Your white meats come from chicken and turkey.

White meats tend to have a leaner fat content than red meats will have. Though red meat has more vitamins and nutrients such as iron that your body needs.

Different Types of Charcuterie Boards You Need to Know! (2021)

If you’re at the deli counter and are grabbing some chicken or turkey that lunch meat will be white meat, not red. To see some of the most popular varieties of lunch meat just click here.

What Is The Healthiest Lunch Meat?

Lunch meat is not a very healthy option as it is filled with sodium and saturated fats from the method of preservation to keep it on the shelves longer. Is there such a thing as healthy lunch meat and if so, how can you find it?

These meats are sliced right off of the bone after being cooked and therefore are not as highly processed as the prepackaged lunch meat that you will find in the refrigerated section of the grocery store. You will also want to go with a leaner cut of meat such as turkey or chicken.

The prepackaged lunch meats that you find in the refrigerated section of the market contain large amounts of sodium. If you have no choice but to purchase the prepackaged deli meats then you will want to look for one that has been marked as low sodium. 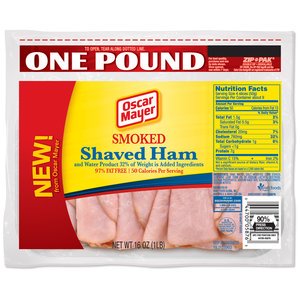 Processed meat is any meat that has been treated in any way in order to preserve it or to add flavor to it. This can happen through the process of salting the meat, curing it, fermenting it, or smoking it.

Common processed meats include things like hotdogs, bacon, sausages, salami, canned meats, and deli meats. Since processed meat is any meat that has been treated in order to add flavor or to preserve it then it can be done to any type of meat.

Red meat is more than just beef, despite what some people may have told you. Pork is red meat as well. Veal, mutton, beef, pork, and goat are all types of red meat.

So, if you are grabbing a package of sausage from the store that is made with pork then you have processed red meat. However, if you grab a package of turkey sausage then you are in possession of processed white meat. 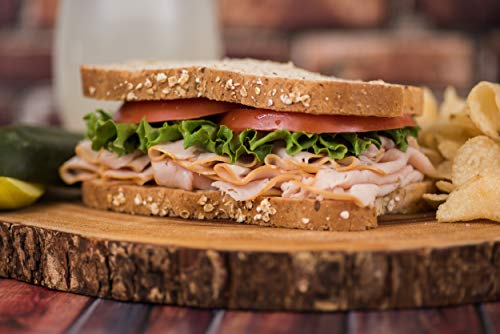 Is Lunch Meat A Carcinogen?

Aflatoxin is produced from a fungus and can be found on grains which have been stored. Certain carcinogens are associated with developing specific cancers.

Exposure to asbestos is known to cause a type of lung cancer called mesothelioma.

Studies have shown that eating processed meats like lunch meat and bacon increases your risk of developing colorectal cancer and stomach cancer. The American Institute of Cancer Research says that people should limit their intake of processed meats since they are a known carcinogen.

While there is no way to guarantee that you will not ever get cancer there are some things that a person can do to try to reduce their cancer risk and experts say that limiting your consumption of these processed meats is a good step in that direction.

Why do processed meats increase your risk of cancer?

All three of these chemicals can be found in processed meats. Many of the common processed meats that contain these carcinogens are lunch meat such as roast beef and turkey, as well as other deli meats, hot dogs, sausage, bacon, ham, pepperoni, and beef jerky. These foods should be consumed in moderation to avoid an excessive intake of the carcinogens that can be found in them. 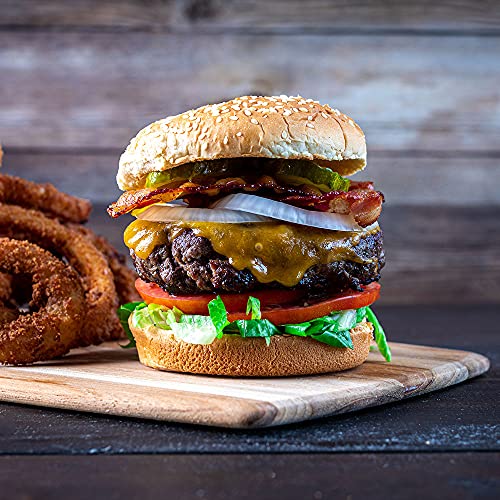 Processed meats are meats that have been altered from the original form. Processed red meats have either been cured, smoked, salted, canned, or treated with preservatives in order to help it maintain its freshness or add flavor to it.

The most commonly recognized processed meat is probably the hot dog. Other common processed meats include the breakfast staples bacon and sausage, the pepperoni found on your pizza, the bologna that is in your lunch, the beef jerky that you snack on between meals, and the corned beef that is often found on tables on Saint Patrick’s Day.

Is a hamburger considered processed meat?

Ground hamburger is not a processed meat even though it has been altered from its original form. Ground beef has not had anything added to it meaning it is still a fresh red meat.