Everybody loves eating out but when it comes to our waistline… not so much. It would be awesome to be able to find some fast food that is actually healthy. Is that the case with Chick-Fil-A’s grilled nuggets?

Chick-fil-A grilled nuggets could certainly be considered healthy based on their protein and calories.. This is especially true when you compare them to the battered and fried nuggets from Chick-Fil-A and other fast food restaurants.

However the Chick-Fil-A grilled nuggets are pretty high in sodium. So if you are trying to stay within the expert recommended 2,300mg or less of sodium per day you will need to be careful with what else you eat with these grilled nuggets.

If all you eat at Chick-Fil-A is their grilled nuggets then you won’t have to worry too much about the sodium. However even if you just pair it with a Chick-Fil-A side salad (which has 690mg of sodium) you will be at over 50% of the recommended daily sodium intake!

And that’s when paired with a side salad! Remember just because you are eating a salad doesn’t mean that it is always healthy.

A 12 piece container of Chick-fil-A grilled nuggets has:

With experts recommending people trying to get between 1,600 and 3,000 calories a day (depending on your goals and body type) Chick-fil-A grilled nuggets coming in at only 200 calories puts them firmly in the running for one of the healthiest fast food options out there.

Whether you are getting grilled nuggets or a salad you do have to be careful what you put onto it though as often the dressing or dips can have as many calories or fat as what you are actually eating. I will show you what I mean in just a minute. 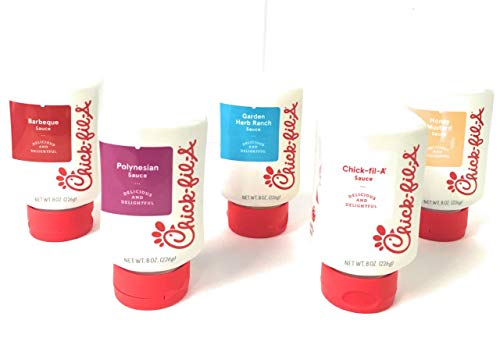 Do you love Chick-Fil-A sauce but don’t live close to one?

Well you’re in luck because you can now buy a variety pack of Chick-Fil-A’s most popular sauces online!

A large order (12 piece) of Chick-fil-A’s grilled nuggets has the following nutritional content:

One thing that you have to know is that you can easily take these mostly healthy nuggets from decently healthy to horrible for you… all by dipping them in your favorite sauce!

One small container of Chick-Fil-A’s famous sauce has:

Yes, you read that right, a single tiny Chick-Fil-A sauce container has almost as many calories as their 12 grilled nuggets do! Now I don’t know about you but I love that Chick-Fil-A sauce and I will typically use at least 2 or 3 of them with my nuggets (whether grilled or deep fried).

So if you aren’t careful with your sauces you can easily take those delicious Chick-Fil-A grilled nuggets from pretty healthy to absolutely horrible for your diet!

How Are Chick-Fil-A Grilled Nuggets Made?

Chick-Fil-A took over 7 years and 50 million dollars to perfect their grilled chicken nugget recipe, and it shows. Most places sell very few of their grilled sandwiches or nuggets because they simply don’t taste very good.

However, Chick-Fil-A’s grilled sandwiches and grilled nuggets are delicious on their own even without the high calorie and high fat dipping sauces.

These grilled chicken nuggets are actually cooked on a real grill just like the one you might have on your back deck. The grills in the Chick-Fil-A restaurant are designed to cook the nuggets far faster however which means you get your order much faster as well. 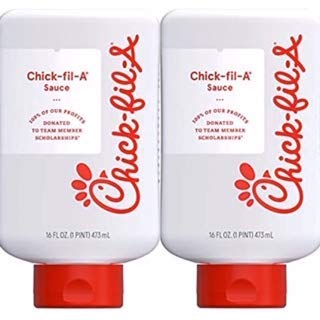 What Makes Chick-fil-A Grilled Nuggets Healthy Or Not?

When trying to determine if Chick-Fil-A’s grilled nuggets are healthy or not it is important to look at the calories, fat, saturated fat, and sodium.

All three of these entrees are comparable in the amount of chicken that you get vs the calories in the dish so when it comes to calories Chick-Fil-A’s grilled nuggets are on par with what you can get from other fast food style chains with their grilled chicken (although BWW is far more of a sit down restaurant than both Popeyes and Chick-Fil-A).

Looking at this comparison it is easy to see that Chick-Fil-A’s grilled nuggets are slightly higher in fat than the grilled chicken tenders from Popeyes and Buffalo WIld Wings. Again, all three of these options will give you approximately the same amount of chicken in each.

The next nutritional value of the Chick-Fil-A grilled nuggets that I will go into is the saturated fat. The American Heart Association recommends only eating 13g of saturated fat per day if you are on a 2,000 calorie diet.

So when it comes to saturated fat Chick-Fil-A’s grilled nuggets have more than their competitors chicken does.

It is recommended that you don’t get more than 2,300mg of sodium per day. But how much sodium does Chick-Fil-A’s grilled nuggets have in comparison to other similar products?

When it comes to sodium, Chick-Fil-A’s grilled chicken nuggets compare favorably to Popeyes entree while the grilled chicken from BWW has far too much sodium in it (almost 50% of the recommended daily intake). So if you are concerned about your sodium intake you should be fine with Chick-Fil-A or Popeyes but should avoid Buffalo Wild Wings Naked Chicken Tenders.

Are Chick-Fil-A’s Grilled Nuggets Healthier Than Other Fast Food Chains?

Chick-Fil-A’s grilled chicken nuggets are far healthier than any breaded alternative from Chick-Fil-A, Mcdonalds, Burger King, or any other fast food restaurant. However, when compared with other grilled options like those from Popeyes and Buffalo Wild Wings they are not healthier than those two options are.

Just because something comes from Chick-Fil-A doesn’t automatically mean that it is the healthiest option available. If trying to be health conscious you have to take the time to look at the nutrional information whether you are getting grilled nuggets or a Southwest Salad from Chick-FIl-A.

If you want to see what options you have available for grilled chicken when you are headed out to a fast food restaurant then you are in the right spot.

As of right now the only fast food restaurant that serves grilled chicken nuggets is Chick-Fil-A. Both Popeyes and Buffalo Wild Wings have grilled chicken tenders available on their menu.