While shopping at your local grocery store for some cold cuts, you may have noticed that you can get two different types of lunch meat. You can either buy it from the deli where they slice and weigh it for you or you can grab a sealed package of it from the meat section of the store.

Lunch meat from the deli is better than packaged deli meat. It is better in the fact that it tastes better and it is also healthier for you to eat. However, deli meat is touched more than packaged lunch meat but as long as those who handled it followed proper safety protocols then this won’t be an issue.

Reviews of the 4 Best Commercial Meat Slicers on Amazon

Lunch meat is a fast and easy way to make meals. You can place it in between slices of bread with other fillings for a yummy sandwich. When you are picking some ham or turkey lunch meat for your family’s lunches the next week, you may be torn about which kind to go with, deli or packaged.

Which one is the best to get? In order to answer this question, let’s look at the differences between deli meat and packaged lunch meat.

Deli lunch meat is found at the deli counter in your local grocery store. You can walk up, order how much you want and they get it for you. It is removed from a bone or slab or from a package and then sliced.

Then it is wrapped up and given to you.

Multiple people handle the meat from the time it is removed from its packaging to the moment it is placed in your hands. It is also sliced on a slicer that may be contaminated with previously sliced meat so if you are allergic to any type of sliced meat you likely won’t want to get deli meat.

Deli meat has a very long shelf life while it remains in its packaging but once removed, it doesn’t last as long. Typically deli meat only lasts for 1 to 3 days after you take it home.

Manufacturers produce the same product to be used as deli meat or packaged and they can all have different nutritional content. However, deli meat cut off the bone or slab contains natural nitrates and is minimally processed.

Low sodium deli meat is best. To be sure about the nutritional content of the deli meat, ask about it. If you are concerned about what it contains, it’s better to know what you will be eating. 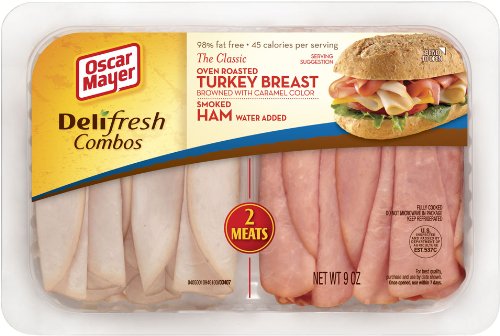 Packaged lunch meat can be found in the cooler meat section of the store. There are typically many packages of lunch meats to choose from.

These are already processed and packaged before they get to the store. These are sealed from the time it is packaged in the factory until you bring it home. Since they are sealed, they remain free from contamination until opened.

But, once they are opened you can reseal them making them last longer than deli meat. Packaged lunch meat usually lasts for about 3 to 5 days when it is opened.

These have a shorter lifespan than deli meat in their packaging, but it isn’t handled as much as deli lunch meat causing it to last longer once you have used a few slices. Packaged lunch meat is similar in nutrition to deli meat but because it is more processed it contains no natural nitrates.

As far as taste is concerned, in most cases deli meat is usually better tasting than lunch meat. Deli meat is fresher than packaged lunch meat so that is the main reason why it tastes better. 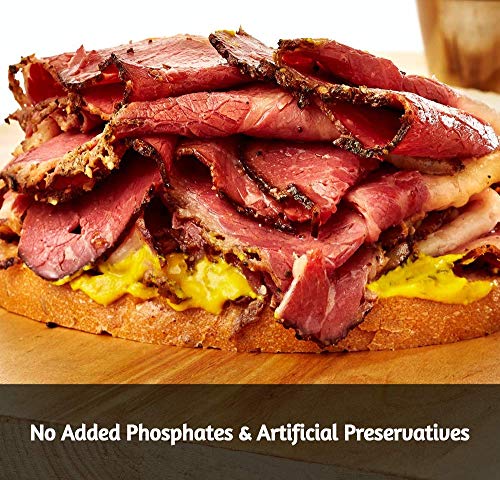 Is Meat From The Deli Considered Processed?

Nitrates are found in processed foods and these are linked to certain health risks. Processed foods should be eaten in moderation or it could have a harmful effect on your health. Diseases such as cancer along with diabetes and high blood pressure have been linked to eating too many processed meats and food.

With all the added preservatives they contain, they just aren’t the best thing for you to be eating constantly. So, is meat from the deli considered processed?

Cutting back on processed meats like dried meat, beef jerky, canned meat, and yes, cold cuts, is good for your health. Processed meat is meat that has been preserved through a preservation process so it lasts longer. This is done typically by salting or curing the meat.

Processed food is available in every grocery store as well as cafeterias and restaurants. Adding salt to meat has been used as a way of preserving it for many years. Today, we have refrigerators to do that. But, a lot of salt is still added to lunch meats making the sodium content high.

This can result in some harmful health conditions. So, limiting your intake of processed meats is a good idea.

Processed Foods are not the greatest for you to consume. Because of all the preservatives they contain, they are said to cause certain health issues. Be careful to eat processed foods in moderation. Unfortunately all lunch meats, including deli or unpackaged, are processed. They undergo a process to clean, cure and preserve them.

This helps them to last longer until you place the slices on a sandwich.

Make sure you read the label to know what exactly is in the lunch meat you are going to eat. Lunch meats are not really considered to be healthy. Whether from the deli or prepackaged, lunch meats and cold cuts contain a lot of sodium, fat and preservatives.

But, between packaged and deli meat, deli meat is the healthier of the two. It doesn’t contain as many preservatives as packaged meat. But, meat from the deli is considered to be processed.

But, in the end, deli meat is a little better than packaged lunch meat.