Table Of Content show
1 What Type Of Dough Is Sourdough?
2 What Are The Most Common Types Of Bread?
2.1 Baguette
2.2 Brioche
2.3 Focaccia
2.4 Rye Bread
2.5 Sourdough Bread
3 Final Thoughts
3.1 Related Posts:

Do you enjoy eating bread? This staple food made from a combination of flour and water is able to become soft and fluffy. Bread can be eaten alone or with other foods. You can make a sandwich or serve it as a side to a meal.

There are a variety of breads each having its own taste and texture. One kind of bread is sourdough. This is made with a tangy yet tasty dough hence its name.

Sourdough has been around for thousands of years dating back to Ancient Egypt. It has been eaten and enjoyed for many years and to this day remains a popular and trendy bread to eat. The process for making sourdough is very time-consuming but the results are delicious.

Sourdough makes for a great pizza crust! Both sourdough and pizza dough contain the same ingredients but they use different methods to make the different kinds of dough.

Another difference between sourdough and pizza dough is that the yeast used to make sourdough is “wild” yeast. This type of yeast exists naturally in all flour and is in many foods and baking goods. Since wild yeast is more resistant to acidic conditions than other yeasts are, it works with the lactobacilli to make the dough rise.

Regular pizza dough can be made in a few hours while sourdough takes about 5 days for its dough to be ready. The lengthy fermentation process of sourdough releases nutrients that can include iron, magnesium, antioxidants, folic acid, and B vitamins.

Although sourdough isn’t the same exact thing as pizza dough, since they are made up of the same ingredients, you can use sourdough to make a pizza crust. This can give you a tasty alternative to traditional pizza crust.

If you are making your sourdough from scratch keep in mind that the wild yeast in sourdough needs to be stored in cooler temperatures so the time it takes to be ready to be made into bread can vary. Bubbles will eventually form on the surface signaling that it is almost ready.

Once the bubbles turn to froth, then you can use it to make your pizza. To see the most popular pizza dough mixes just click here.

Are you tired of the same old nasty bread from your local grocery store?

Want to try some organic fresh bread, pasta, and pastries?

Then you need to check out Wildgrain!

What Type Of Dough Is Sourdough?

But, sourdough is fermented and is easily recognized by its flavor. So, what type of dough is sourdough?

Sourdough is a type of bread made by fermenting its dough using wild yeast and lactobacilli. The lactic acid produced from the fermentation process helps it to last longer and gives the bread a sour taste.

Although they both consist of yeast, flour, water, salt, and sugar, sourdough and pizza dough are made differently.

The key ingredient in a regular pizza dough is active dry yeast. This reacts with gluten to make the dough rise. But, in sourdough, you have to use a “starter” made from a combination of yeast and naturally occurring lactobacili.

Lactobacilli is a  bacteria that produces lactic acid. It ferments the dough and gives it that iconic “sour” taste. Lactic acid is also low glycemic meaning that the sourdough is changed into blood glucose more slowly. So, it is easier to digest and can give you a healthier gut.

Instead of this “wild” yeast, regular pizza dough is made with instant yeast. 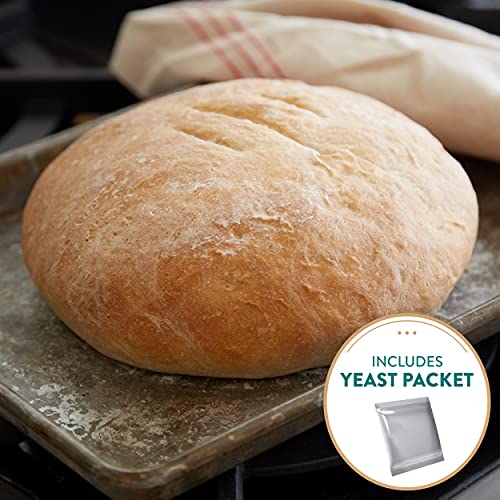 What Are The Most Common Types Of Bread?

Bread is eaten by so many people all over the world and in so many different ways. Sourdough is popular bread and is enjoyed for its unique flavor.

Including sourdough, let’s take a look at 5 of the most common types of bread:

This is a yeast bread originating in France. It is recognizable from its long, oblong shape with slits in it which allow for the expansion of gas while it is baking. Baguettes are also called French bread and French sticks.

They are made from flour, water, yeast and salt.

This delicious French bread is made with butter and has a really light texture with a subtle sweet flavor. Golden-yellow in color from the egg that is brushed on top of the dough before it is baked, this bread is great for making French Toast.

Brioche bread is soft and sweet which makes it a favorite bread of many people.

Originating in Italy, this bread is coated in olive oil and placed on a baking pan so that it will result in a flat loaf. It is very similar to pizza dough since it is crunchy, yet delicate and thin.

Focaccia can be eaten alone, dipped in some soup or sauce, or even used as a pizza crust.

This bread has a rich flavor and is most commonly used in making corned-beef and pastrami sandwiches. Rye used to be considered the bread of the lower class but it has grown to be popular.

Rye is made with rye flour and regular bread dough.

Made with a fermented starter, this dough can make many batches of the bread. It has a distinct taste with a thick crust and a soft chewy center with large air bubbles.

Sourdough can be used in many recipes including different kinds of sandwiches and its dough can even be used to make a pizza crust. 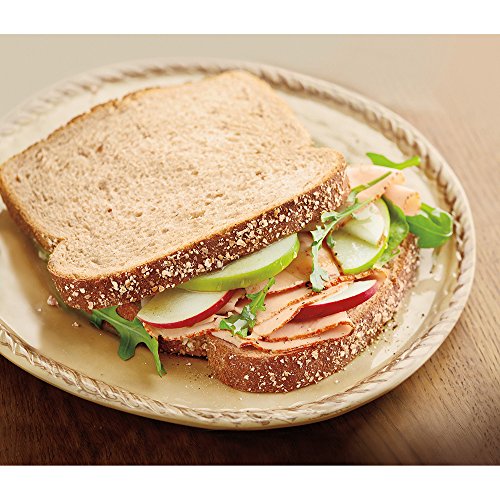 Although it is made from the same ingredients as pizza dough, sourdough is different in the way it is made. Unlike pizza dough, it is fermented giving it the unique sour taste.

As you can see, sourdough is not the same as pizza dough but it can be used to make a delicious pizza crust if you wish.