Biscuit dough is made from flour and is sweet to taste and can be enriched with ingredients like chocolate, ginger, jam, or cinnamon. Biscuits can also be savory and similar to crackers. Biscuits are a great side for any meal offering a soft and warm bread that can be topped with butter, apple butter, honey, jelly, jam.

Pizza dough is the foundation for every pizza. It can be thick or thin but once it is baked, it adds a layer for all of the sauce, meat, and cheese toppings to sit on.

Both of these doughs have the same basic ingredients. So, is pizza dough the same as biscuit dough?

However, you can use biscuit dough as pizza dough if you want to. Biscuit dough can be used to make a pizza crust but you can’t use pizza dough to make biscuits since it won’t result in the right texture for biscuits.

Pizza dough is more thick and will end up more like a bread (similar to a roll) than a biscuit.

It’s very versatile and you can add any toppings you’d like to it just like you would with regular pizza dough.

If you have ever made dough from scratch, then the same process is used for virtually all doughs. All of the dry ingredients are added to a large bowl and then the liquid ingredients. It is then kneaded until smooth and blended together and left to rise for a little bit. Then it is ready to be baked.

Pizza dough is different from biscuit dough. Both of these doughs are very similar since they are made with flour, salt, and sugar but that is where their similarities end. The other ingredients are added to make it either into a pizza dough or biscuit dough.

Biscuit dough uses baking powder or baking soda as its leavening agent instead of yeast. They are used to make different foods. Because of the ingredients they contain to make either a pizza crust or a biscuit, pizza dough and biscuit dough are not the same. 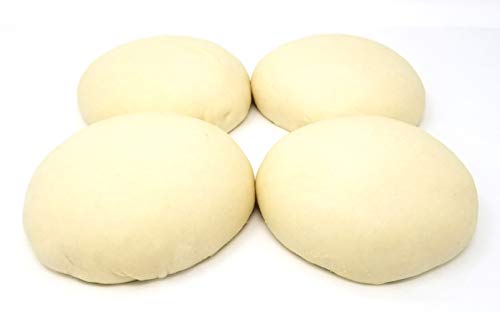 What Type Of Dough Are Biscuits Made From?

Biscuits are delicious. You can buy them ready to bake or make them from scratch. Biscuits are a yummy addition to any home cooked meal. They can be enjoyed with a variety of condiments.

But, what type of dough are biscuits made from?

Biscuit dough’s basic ingredients are flour, baking powder/baking soda, butter/shortening, and milk or water. This results in a texture similar to pastry but with more gluten since it is kneaded more.

Biscuits are made from basic pastry dough. Its ingredients are all added together to make a smooth dough that can be baked into sweet tasting biscuits. Pizza crust is made from a basic bread dough but contains less water to make it thicker and able to be stretched and shaped into a savory and flavorful pizza.

Unlike pizza dough, the leavening agent of biscuits is the baking powder/baking soda instead of yeast. To understand the difference between biscuit dough and pizza dough and why they are not the same, here is a list of their ingredients: 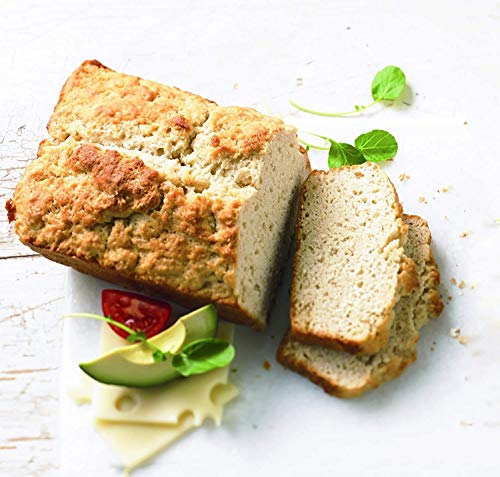 Able to be used interchangeably and very similar, both pizza dough and bread dough can be made into so many “bread-like” foods. Pizza dough is considered bread dough, but there is a difference between the two doughs.

Pizza dough and bread dough have the same basic ingredients, just different amounts of them. Pizza dough contains less yeast and water than bread dough does. Pizza dough is also kneaded more, giving it more gluten so that it is more flexible and able to be shaped more easily in the circular shape of a pizza crust.

Bread dough does have gluten in it, but not as much as pizza dough. Pizza dough also contains less fat of the two and is very simplistic being made with only flour, water, and a little bit of oil whereas bread dough can be made with other ingredients like eggs, milk, and butter.

As you can see, there is a difference between pizza dough and bread dough. The amount of salt, water and oil that is in pizza dough is different from that in bread. So, bread dough is made with a slight variation of ingredients, kneading, rising, baking, etc.

These doughs can be used interchangeably since they are basically the same ingredients, but the ratio of ingredients in each are slightly different. 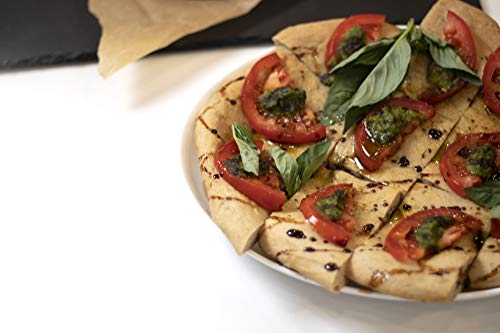 What Dough Is Similar To Pizza Dough?

Pizza dough is basically bread dough just with a different amount of ingredients. Because of this, it can be used as a substitute to make certain bread-like foods. But, pizza dough is different because of how it is proofed, shaped, and baked.

So what dough is similar to pizza dough?

We mentioned biscuit dough can be used to make a pizza but pizza dough cannot be used to make biscuits. It isn’t the same flaky texture and while it makes for a good pizza crust, you don’t want to eat biscuits that are more thick and not so flaky.

There are other doughs that can be used to make pizza crusts as well. Since it is a bread dough, you can substitute other bread doughs for it, by just tweaking the recipes you are making.

The closest dough to pizza dough is focaccia. Focaccia is a flat leavened oven-baked Italian bread similar to pizza crust. It has a similar style and texture. This bread is sometimes called “pizza bianca ” and is served as a side dish, sandwich bread, or can be used as a substitute for pizza dough.

It’s round, rectangular, or square shaped and is the closest substitute for pizza dough. But, if you want a different flavor and texture of pizza crust, try using biscuit dough instead of pizza dough.

Pizza dough is different from biscuit dough. Biscuits are made from a pastry dough and are flaky in texture while pizza is made from a bread dough and is thicker in texture.

Although biscuits can make a good pizza crust, pizza dough and biscuit dough are not the same.