Summer is the time to get outside and some days are perfect for a trip to the fair. The sun shines brightly and a gentle breeze cools the heat just enough so you can enjoy all the festivities.

Colored tents are lined up in rows where vendors sell their merchandise. Sounds of laughter float from spinning rides and the aroma of sweet treats pull you to a food truck.

Glancing over the menu you see something called an elephant ear. This item looks to be like fried dough sprinkled in sugar and cinnamon. If you have never had fried dough before, you may be wondering, if fried dough is a dessert?

At the fair food truck, you order the elephant ear and you are pleased with how amazing it tastes. This fried bread is covered in sugar and cinnamon making it a great dessert. You may only think of dough as being used to make bread-like foods. But what if it told you that you could fry dough?

Coated in sugar and cinnamon, fried dough is a popular treat in Mexico and Spain. Variations of fried dough exist all over the world.

Along with elephant ears, you may have heard of desserts called doughboys or scones? These are all versions of fried dough. This makes a wonderful dessert and is enjoyed many times at fairs and carnivals.

Though not the healthiest thing to consume, it is delicious and is an excellent treat. So, yes, fried dough is a dessert.

To get your own fried dough mix just click here. 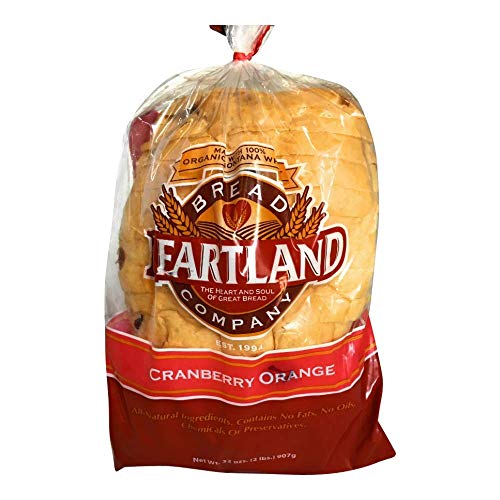 Are you tired of the same old nasty bread from your local grocery store?

Want to try some organic or unique bread flavors?

Then you need to check out these delicious loafs!

What Is Fried Dough Called?

So, fried bread is a dessert. You may seem to notice that some fried dough desserts all taste the same but may be shaped differently or be called different names. Does this mean they are all different things?

What is fried dough even called?

Fried dough is known by many names all over the world. Besides fried dough, it is also called fry bread, fried bread, doughboys, elephant ears, scones, pizza fritte, frying saucers, and bunuelos.

Depending on the region of the world, fried dough is called a different name. All kinds of friend dough are pretty much identical though some may be shaped differently. Fried dough has many names but it is all made the same… by frying dough.

Fried dough is a dessert and a tasty one at that. It is usually topped with sugar and/or cinnamon for a sweet treat.

Did you know that a doughnut is a version of fried dough? It is a piece of enriched dough that is deep fried and formed into a ring shape. Doughnuts are available in many flavors and are just so yummy.

When you get to their basic ingredients they are simply fried dough.

Is Fried Dough The Same As Funnel Cake?

After eating that elephant ear at the fair, you started craving the sweet snack at every fair you went to. But then you see a sign saying funnel cakes.

Its picture looked similar to the elephant ear’s and you wondered, is fried dough the same as funnel cakes?

Fried dough and funnel cakes are very similar but they are not the same. Although both are covered in powdered sugar, they are different. Funnel cakes are actually not made with dough whereas fried dough is what it says it is, dough that has been fried.

Both fried dough (which we will refer to as elephant ears for this section of the article) and funnel cakes aren’t healthy for you but that’s what makes them desserts. You get to enjoy them every once in a while.

Covered in powdered sugar, and a greasy hot plate full of doughnut-like food, elephant ears are very similar to funnel cakes. But that is where their similarities end.

Both of these are different in how they are made. Funnel cakes are made by a batter of eggs, milk, flour, salt, and baking powder.

Then this batter is poured through a funnel into oil to fry in long stringy lines. Elephant ears are made with a bread dough or pizza dough. This is then rolled out into a flat circle and dropped in hot oil and looks like a flat cinnamon roll.

Both of these desserts are topped with things like sugar and cinnamon but an elephant ear is heavier and eaten like a giant cookie whereas a funnel cake is lighter and eaten by tearing off some of its long pieces.

So, no, fried dough isn’t the same as a funnel cake though they are very similar.

In regards to being healthy neither funnel cakes nor fried dough are very healthy options. However, they sure are delicious!

Fried dough is a dessert. It is a popular dessert all over the world coming in all shapes and sizes. Usually fried dough is topped with sugar and cinnamon.

This yummy treat is also called by many names. One type of fried dough you may recognize is an elephant ear.

Although they are similar, an elephant ear is different from a funnel cake because they are made differently. As you can see, fried dough is a dessert that is enjoyed by many.