How many times have you found yourself excited to try out a new recipe, got home, started pulling out all the ingredients, and realized you’re missing buttermilk?

Buttermilk is not something the average person has lying around in the fridge. Sometimes if you’re lucky, you’ll have time to dash back to the store to get some buttermilk, or you can place an order on your Instacart.

If you’re more like me, though, this sounds like too much work, and if you have a knack for DIY-ing, making your own buttermilk might be an option.

Buttermilk is a favorite ingredient in baked goods such as waffles, cakes, pancakes, muffins, and biscuits. It has a thicker consistency than regular milk and has a tangy flavor. It gives baked goods a light and moist texture by activating the baking soda in soda and acts as a raising agent.

So can you substitute regular milk for buttermilk?

You can substitute milk for buttermilk but you’ll have to tweak it slightly. It’s not as simple as pouring your regular milk straight into the recipe that calls for buttermilk.

We will talk about the different ways to make a buttermilk substitute in the rest of this article. 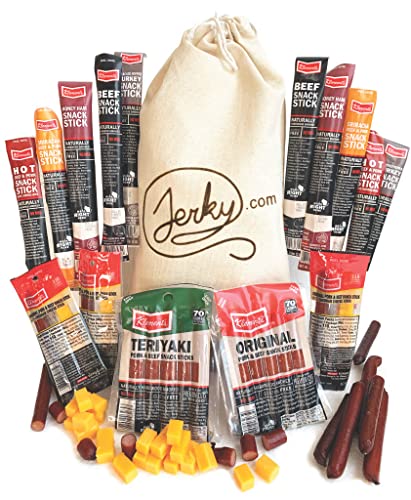 What Is The Difference Between Milk And Buttermilk?

Milk is a fresh dairy product, while buttermilk is a fermented liquid created by culturing and fermenting fresh milk products.

Traditionally, buttermilk was a byproduct of making butter. It was the liquid leftover after churning butter out of cultured cream. Before the discovery of homogenization, the milk was left to sit for a certain period allowing the cream and milk to separate.

Naturally occurring lactic acid-produced bacteria in the milk fermented it to produce traditional buttermilk. Today the process is slightly different. Instead of waiting for the lactic acid to form naturally, today buttermilk is made by adding lactic acid bacteria to milk, to ferment it.

How To Make A Buttermilk Substitute

There are several ingredients that you can use to make buttermilk substitutes. Regardless of which method you choose, dairy-based or not, the critical elements in each technique are liquid and acidity. Ideally, the ingredients you choose should be similar in flavor and composition to buttermilk.

The most common recipe to make a buttermilk substitute is to mix a small amount of acid, such as lemon juice, with liquid-like dairy milk or non-dairy options like soy milk.

The popularity of this recipe lies in the fact that the mixture curdles quickly and works well in recipes that need buttermilk. Although it might be unpleasant to drink on its own.

Below are several dairy-based buttermilk substitutes.

Mixing vinegar and milk activates the fermentation process and gives an acidity that resembles that of buttermilk. But can you use any type of vinegar? Yes, you can.

The results will roughly be the same whether you have apple cider or distilled white vinegar. However, distilled vinegar will give a more neutral flavor.

As for the milk, you can use any type of milk unless your specific recipe calls for a particular kind of buttermilk, such as low fat. In this case, I recommend using low-fat milk as a substitute so that your results will be as close to the original recipe as possible.

Steps to Making a Vinegar and Milk Buttermilk Substitute

To make a cup of buttermilk substitute (roughly 8.11 oz), take the following steps:

This is probably the most popular substitute for buttermilk you’ll likely come across. You can use lemon juice instead of vinegar.

Steps to Making a Lemon Juice and Milk Buttermilk Substitute

Experts recommend using freshly-squeezed lemon juice, especially if you’re going the organic route. Bottled lemon juice does work, but it typically contains preservatives, such as sodium sulfite and sodium benzoate, which can trigger health issues such as asthma.

3. Cream of Tartar and Milk

Cream of tartar, chemically referred to as potassium bitartrate, is another acidic substance that can be combined with milk to create a buttermilk substitute.

This fine white powder is widely available in most local grocery stores. It is a byproduct of making wine and features a relatively neutral flavor.

Steps to Making a Cream of Tartar and Milk Buttermilk Substitute

Generally, buttermilk has a lower lactose percentage than regular milk. So if you’re lactose intolerant, chances are you may be able to tolerate a bit of buttermilk.

However, suppose you’re one of those people who are extra sensitive to lactose and can’t tolerate even small amounts of it. In that case, you can make a buttermilk substitute with lactose-free milk. However, it may taste a little sweeter than the original.

Steps to Making an Acid and Lactose-free Buttermilk Substitute

5. Sour Cream with Water or Milk

Sour cream is created using the same fermentation process as buttermilk. This gives the sour cream its tangy flavor.

However, keep in mind that sour cream is slightly thicker than buttermilk, so it’s best to thin it using fresh milk or water when making a buttermilk substitute.

6. Plain Yogurt with Water or Milk

Yogurt has a tangy, acidic flavor and a thick texture that is similar to buttermilk; this makes plain yogurt an excellent substitute for buttermilk.

Generally, you can replace buttermilk cup for cup with plain yogurt. Still, I recommend thinning the yogurt with water or milk, especially for cake or other recipes that make a thin batter.

Kefir (the unflavored version) is a type of fermented milk beverage that tastes and looks similar to buttermilk. It contains a more extensive range of beneficial probiotics and prebiotics than buttermilk, and heating it will kill many of these beneficial bacteria.

You can replace a cup of buttermilk with a cup of kefir.

If storing fresh buttermilk is an issue for you, you can buy powdered and dehydrated versions of buttermilk. All you need to do is add water, per the instructions on the package.

Suppose you’re baking using this powdered buttermilk. In that case, I recommend mixing the powder with the dry ingredients first and then adding water afterward.

If you’re non-dairy or vegan, fear not; there are ways you can make great buttermilk replacements. Ingredients such as soy and plant-based milk are good alternatives.

The following soy-based alternatives are both dairy-free and vegan and make one cup of buttermilk substitute.

For a cup of plant-based buttermilk substitute, take the following steps:

Unsweetened coconut milk has the same consistency as buttermilk.

Buttermilk is a very popular ingredient in most baking recipes. It adds a rich texture and a depth of flavor to the baked goods. If you find a recipe calling for buttermilk but you’re all out, any of these substitutes will do the job.

Just remember that a good buttermilk substitute needs two things, an acid and a liquid.