Walking down the refrigerated aisle of your local grocery store, you’ll see that there are so many types of creams and creamers to choose from. There’s a world of possibilities, whether you want to make a cake with buttermilk, fresh cream, or whipped cream frosting, or you just want a hint of sweetness to your morning coffee.

Heavy cream is one of the most popular options alongside coffee creamer and half-and-half. However, each type of creamer has a distinct taste, nutrient profile, and culinary use. Heavy creamer, for example, is considered a staple ingredient used in a wide variety of recipes.

But what happens if you don’t have heavy cream and you desperately need to finish baking that cake or cooking that recipe?

Can you use coffee creamer as a substitute for heavy cream?

In mashed potato recipes or soup, you can also use unflavored coffee creamer as a non-dairy milk substitute. 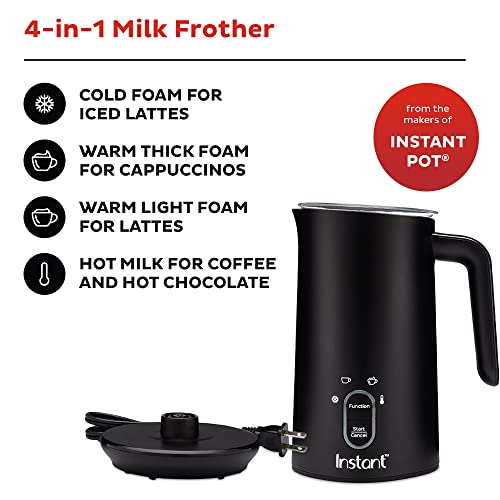 Heavy cream, half-and-half, and coffee creamer are very different products. Still, they possess some similarities in content and uses.

Heavy cream or heavy whipping cream refers to the thick, high-fat cream that is left at the top during the manufacturing of fresh milk. The cream is skimmed off and separated from using tools called separators. These tools accelerate the separation of milk and cream.

In the industry, the cream is graded according to its percentage of fat, and most countries have specific standards regarding what they consider heavy cream. Most heavy cream products have at least 36-40% fat, which is the highest among the cream varieties.

Coffee creamer products are usually dairy-free, although ingredients vary depending on the brand. The most common ingredients you’ll find in coffee creamers are water, sugar, and vegetable oil.

Most coffee creamers are loaded with sugar and are heavily processed. They also contain a lot of additives to improve the taste and texture of the product. Some common additives include carrageenan, cellulose gum, and artificial flavorings.

However, some brands won’t have any of these additives, and you can even bump into some sugar-free and fat-free products.

Half-and-half is a dairy product made by mixing 50% cream and 50% whole milk, resulting in a watered-down and lower fat version of heavy cream.

It has a light taste and doesn’t feel as heavy. Some half-and-half products contain additives that are usually added to enhance the texture. There are also fat-free versions that are available for purchase. These fat-free versions generally include corn syrup and skim milk instead of cream; they also have higher sugar content.

What Can You Substitute Heavy Cream With?

If you’re looking for the best substitute for heavy cream, there are plenty of ingredients you can use. Most of the ones we’ve listed below are better than using coffee creamer.

Number one on our list is milk and butter. Mixing these two ingredients is one of the best ways to substitute heavy cream. The consistency is relatively the same, and the butter adds an additional layer of fat to the milk. This substitute can work well in most recipes that call for heavy cream.

How to make milk and butter heavy cream substitute:

This substitute works well for baking and cooking recipes in which heavy cream is used, but it won’t whip the same as heavy cream does.

Suppose you need a low-fat, low-calorie alternative to heavy cream. In that case, this combination may be the best alternative for you. Cornstarch thickens the mixture to have the same texture as heavy cream.

How to make milk and cornstarch heavy cream substitute:

You can use any fat percentage of milk you want, especially if you’re watching your calorie intake. Keep in mind that this mixture might alter the texture of baked goods and won’t whip as well as heavy cream.

You can combine half-and-half cream with butter as a substitute for heavy cream. Just keep in mind that half-and-half is made from whole milk and cream, but it has about a ⅓ of the fat.

Adding butter increases the fat percentage of this mixture to get the right texture, especially those recipes that require whipping.

How to make half-and-half and butter heavy cream substitute:

This should give you at least a cup of heavy cream.

If you want a vegan or dairy-free alternative, you can mix soy milk and olive oil. The olive oil adds a layer of fat to the soy milk and gives it the same texture and flavor as heavy cream.

This substitute is excellent for baking and cooking recipes that don’t call for whipping.

Combining Greek yogurt and whole milk is another excellent alternative to heavy cream. It will help thicken up your recipes. Greek yogurt has a high protein content and is thicker than heavy cream, so you’ll need to add some milk to thin it out.

How to make a greek yogurt and milk heavy cream substitute:

Like most heavy cream substitutes on this list, this mixture won’t perform well with recipes that require whipping. Moreover, greek yogurt is lower in fat content, and you may not get the same level of tenderness or flavor.

Another great vegan option is silken tofu and soy milk. Silken tofu is made from condensed soy milk that has been designed into solid white blocks. However, unlike regular tofu, silken tofu has a softer consistency. You can easily blend into a dairy-free replacement for heavy cream.

Mixing the tofu with soy milk gives it a smooth texture and removes any lumps. You can also use any type of plant-based milk or even regular milk.

The great thing about this mixture is that it can be whipped like heavy cream.

Coconut cream is one of those ingredients that can be used to make many things. You can purchase ready-made coconut cream, or if you’re feeling particularly energetic, you can make your own at home using coconut milk.

However, keep in mind that coconut can alter the flavor and is only suitable for specific recipes.

Cottage cheese is made using the curds of cow’s milk. It is high in protein with many micronutrients, so it’s a healthy substitute for heavy cream.

Using cottage cheese alone can give you the same results as heavy cream. Simply blend the cottage cheese in a food processor or an immersion blender to remove the lumps.

Remember that cottage cheese will give you a distinctly cheesy flavor, so it won’t be an excellent substitute for sweet recipes. However, you can use this substitute for savory recipes like sauces and soups.

One last thing, cottage cheese is high in sodium, so you might want to pick a lower-sodium option or adjust the salt in your recipe.

Cream cheese is made using milk and cream. It makes a good substitute for heavy cream in some recipes, particularly if you’re making frosting, cream-based soups, and sauces. However, it doesn’t whip well, so you cannot use it for recipes that require whipping.

Also, cream cheese can alter the taste and texture of your recipes so use this substitute in suitable recipes such as cheesy sauces and creamy soups.

Heavy cream is a base ingredient in a wide variety of sweet and savory recipes. If you’re out of heavy cream, you can use any of the substitutes we’ve listed in this article. Some are packed with nutrients that are good for you.

However, keep in mind that replacing any ingredient in a recipe can change the taste and texture of the final product. So always be mindful of that.